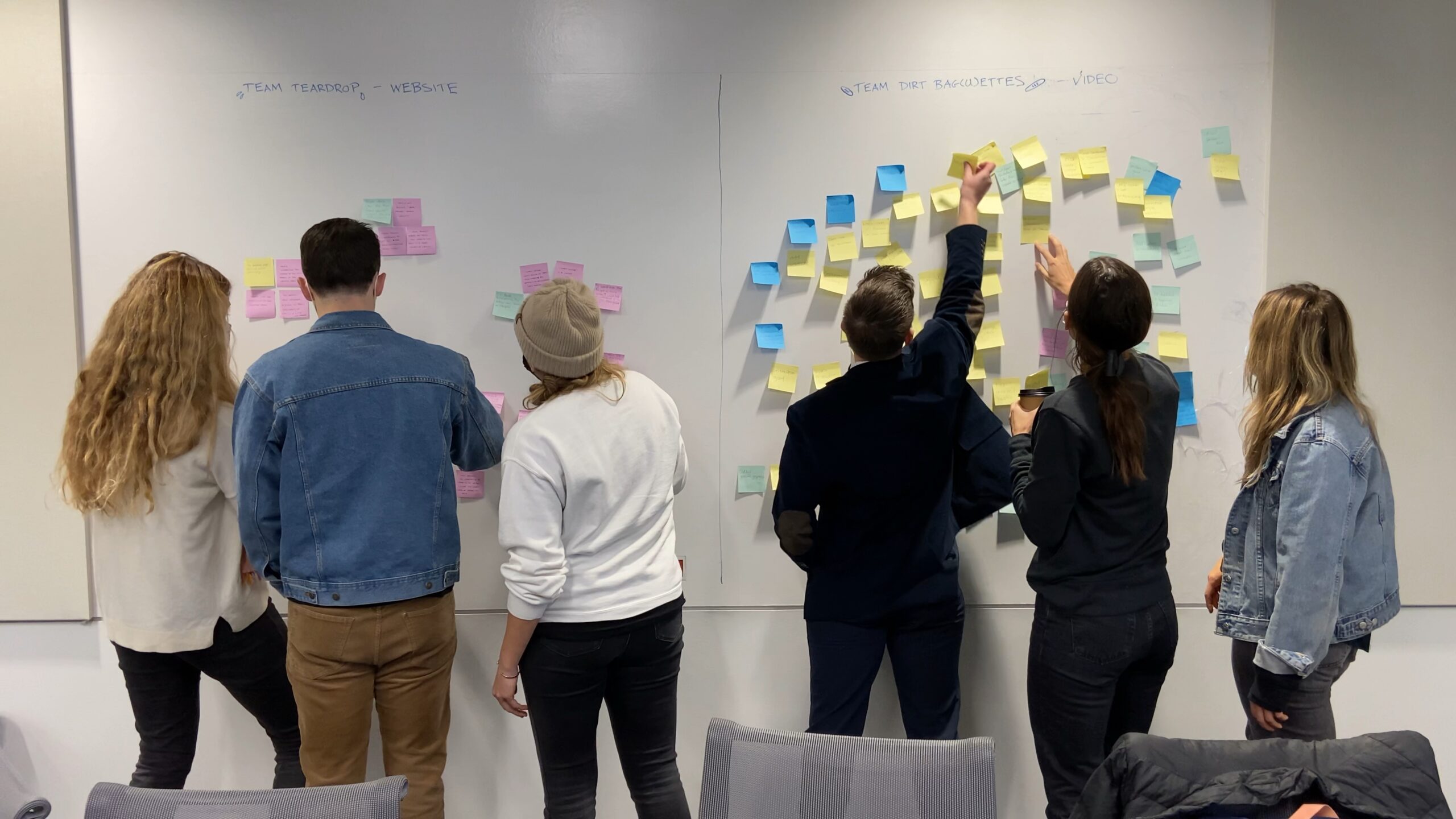 When Hannah Sakalla was applying for a clinic for her second year of law school, she expected to answer questions about why she went to law school. But another part of the application caught her off guard: instructions to draw a self-portrait, including “some kind of weird stipulation” to complete the drawing in two minutes or less without lifting her pencil from the paper.

Welcome to the Creative Advocacy Lab at S.J. Quinney College of Law, a new clinic that creates practical solutions for people who have been historically underserved by the legal system. As the self-portrait assignment indicates, the clinic helps students re-frame their assumptions about what lawyers do and how to use the skills they’re learning in law school.

Connecting with communities to identify and address problems

Visiting Professor Hallie Jay Pope designed the Creative Advocacy Lab to help reach communities that either don’t have access to the legal system or tend to be targeted by it. A Harvard-educated lawyer who has worked in traditional public interest settings and founded a non-profit to design creative legal solutions, Pope understands the challenges of providing useable legal resources to low-income individuals.

The Creative Advocacy Lab identifies needs in underserved communities and develops prototypes to address the needs. The clinic accepts six students each semester and divides them into two teams, each of which develops a different prototype.

In the spring of 2022, the Creative Advocacy Lab teamed up with the International Rescue Committee (“IRC”), which serves people who have been affected by humanitarian crises. Clinic students worked with the IRC to address challenges that refugees and immigrants often face in encounters with law enforcement.

Following conversations with immigrants and service providers in the immigrant community, students brainstormed ways to provide accessible information for common encounters with law enforcement. For example, one of the two groups of students worked on a resource that people can easily access in an encounter with police in their car or home. According to 2L Paris Wagner, potential prototypes include a car window decal and a door hanger. The sticker/door hanger would provide a list of questions to ask in police encounters, like whether the officer has a warrant, as well as an inscription stating that the person needs a translator.

Not a traditional legal clinic 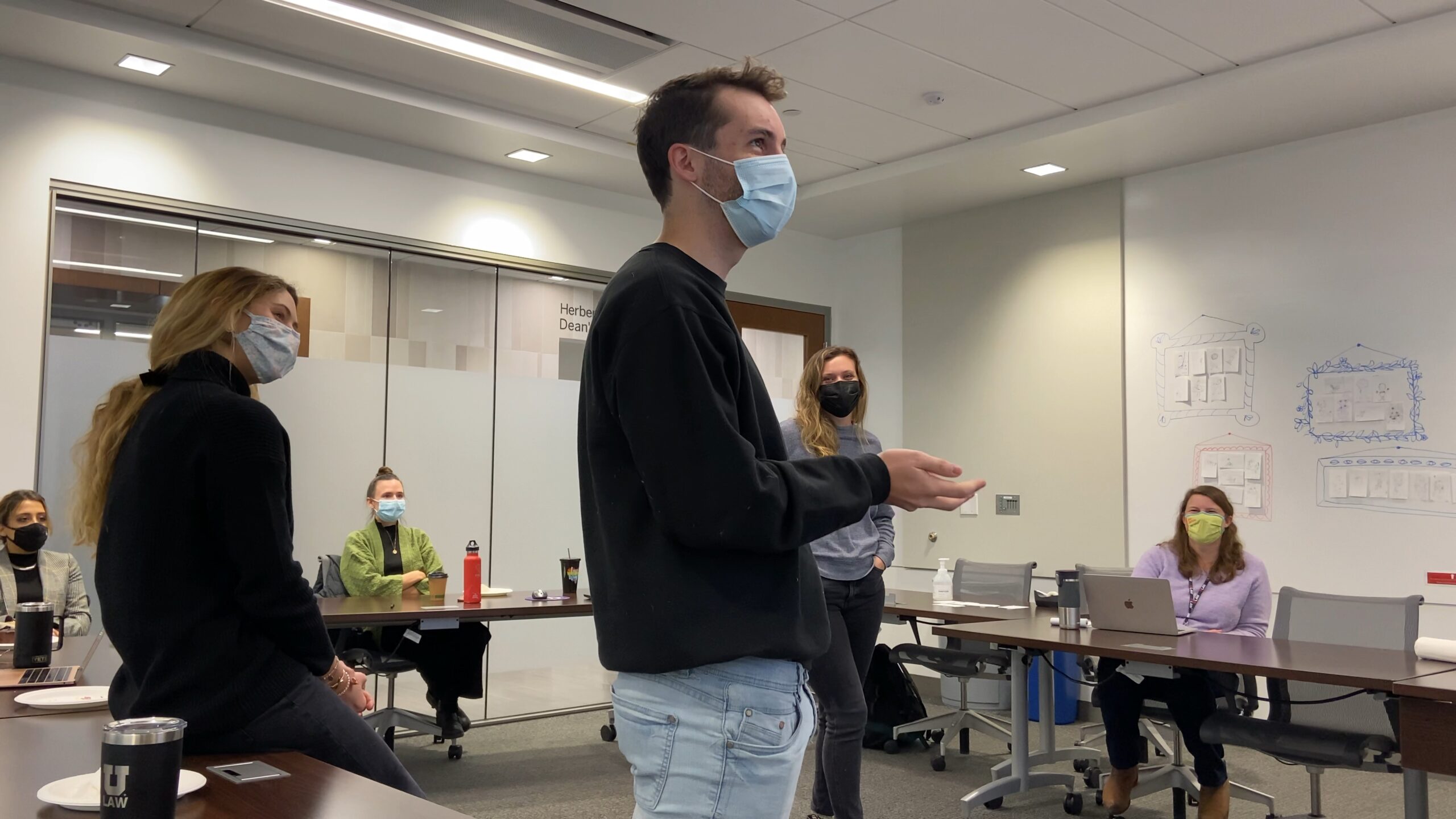 Pope admits that the Creative Advocacy Lab, which was made possible by a generous gift from Michael and Burgundy Caldwell-Waller, is not what people normally think of when they envision a law school clinic.

“There are lots of ways to do [good] within the traditional legal model and I know that [students will] have lots of great opportunities to learn those ways,” Pope notes. “But it is so exciting to explore alongside them these totally different, innovative ways to think about lawyering as a designer, as a problem solver, as a storyteller, as a community educator and to open up to that world alongside of them.”

Pope is originally from the New York City area, where she says the social justice community is so large and established that can be intimidating to get involved. In Salt Lake City, she notes, it’s much easier to plug into advocacy efforts. “Utah is leading the way in innovative access to justice,” she says.

When she arrived at S.J. Quinney, Pope quickly teamed up with Beth Jennings and Kerry Lohmeier, adjunct professors and assistant librarians in the law library who already were working on videos to educate individuals on a range of civil legal issues, including debt. The result of the collaboration was the Creative Advocacy Lab’s fall 2021 initiative.

After speaking with advocates and people in debt, clinic students designed potential aids. One team developed a video about what to do when you receive a summons and the other worked on a website covering topics like debt relief. The website is now being developed in conjunction with the Utah State Courts’ Self-Help Center, which provides resources for people who cannot afford a lawyer.

“It’s been challenging; it’s been exciting,” says 3L Scott McMurtrey of his involvement with the Creative Advocacy Lab. “I’m learning to focus in on what a client needs.”

For example, McMurtrey’s group worked on a tri-fold brochure for immigrants listing basic information to use in common scenarios like traffic stops and domestic disputes. But in the course of their research and conversations with the community, the team realized a wallet-sized card might make the information easier to retrieve in a high-stress encounter. He says project planning and design as well as learning to address clients’ needs are skills that will translate to any legal career.

Wagner earned an undergraduate degree in creative writing. She had her sights set on becoming a poet until she took an environmental science class in college and became interested in environmental law and public land use. She considers herself “creative, a little out there” and wasn’t sure how she’d find her place in law school and the legal profession. The Creative Advocacy Clinic showed her that there are roles available for lawyers outside traditional courtroom or negotiation settings and taught her transferable skills like preparing educated, research-based solutions.

As for Sakalla, the self-portrait assignment was just the beginning of a shift in perspective. 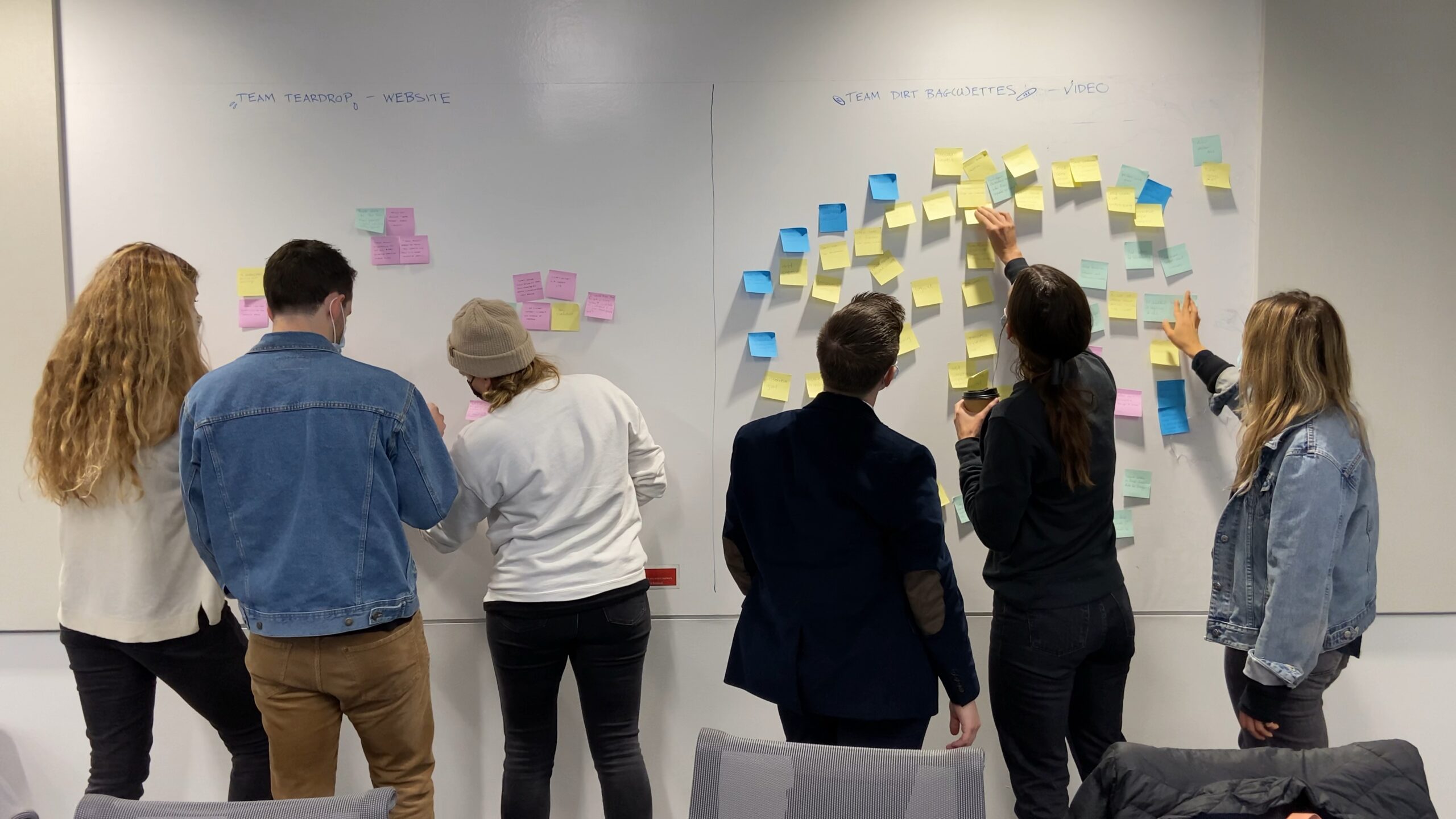 The Creative Advocacy Lab “was a turning point in my legal education,” she says, when she began to understand how confusing and disorienting the legal system can be for people with no legal training. “Being open to that and understanding that from our perspective [as law students] was deeply important.”