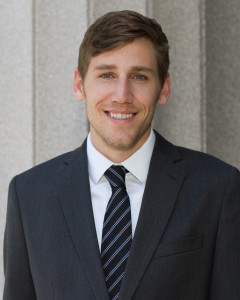 By Danny Barber for BiolawToday.org

The specific Vermont statute involved in this appeal is 18 V.S.A. §9410.[3]  This section provides that the Vermont Green Mountain Care Board “shall establish and maintain a unified health care database to enable the Board to carry out its duties…” Accordingly, the law requires that:

“All health insurers shall electronically provide to the Board in accordance with standards and procedures adopted by the Board by rule: their health insurance claims data…; cross-matched claims data on requested members, subscribers, or policyholders; and member, subscriber, or policyholder information necessary to determine third party liability for benefits provided.”

The same statute provides that using this information will enable the Vermont Green Mountain Care Board to more effectively:

Liberty Mutual Insurance Company challenges this Vermont law, alleging that health care administrators for self-insured ERISA plans should be excluded from being required to provide their information, as the Vermont law is preempted by the provisions of ERISA. According to the statutory language of ERISA, the law preempts “any and all State laws insofar as they … relate to any employee benefit plan” covered by the statute (with certain exceptions).[5]

Therefore, the main issue of this case is whether or not Vermont’s database practices “relate to” plans covered by ERISA. As noted in the parties briefs, the Supreme Court has historically discussed the “frustrating difficulty” of construing the term “relate to.”[6] However, both parties seem to agree that the Supreme Court has rejected a “strictly literal reading” of ERISA’s preemption clause[7] and instead looks to “the objectives of the ERISA statute as a guide to the scope of the state law that Congress understood would survive.”[8]

Liberty Mutual Insurance contends that the Vermont statute specifically interferes with the objectives of ERISA in three ways: it interferes with core ERISA concerns, it interferes with nationally uniform plan administration, and it conflicts with ERISA’s requirements that plans be administered in accordance with plan documents.[9] Finally, Liberty Mutual asserts that because the Affordable Care Act imposes new reporting requirements on ERISA plans, “the fact that Congress enacted those changes but left ERISA’s preemption clause untouched…illustrates Congress’s continued recognition that reporting requirements would be imposed on ERISA plans only by the federal government…”[10]

On oral argument, the questions posed by the Justices suggest that this case will not be decided unanimously. While the conservative Justices questions suggested they favor the preemption argument presented by Liberty Mutual, Justice Ginsberg and Kagan’s questions suggest that they lean towards thinking that Vermont’s law is far removed from the preemption provisions of ERISA. Thus, states that maintain databases like Vermont’s, or states that plan to do so, will have to wait and see whether the court decides to exclude ERISA information from their purview.

Ultimately, if the Supreme Court does conclude that ERISA preempts Vermont from collecting this type of data, databases like those created by Vermont will lose a large source of information that could be used to improve both the quality of healthcare provided, as well as the amount of information provided to consumers looking to purchase healthcare.

Danny Barber is a third year law student at the S.J. Quinney College of Law. Danny graduated with an honors degree from Westminster College, receiving a B.S. in Neuroscience. Danny additionally received his Masters in Business Administration from Westminster College, where he emphasized in technology commercialization. After graduation, Danny is planning on practicing intellectual property law at Maschoff Brennan. In his spare time, he enjoys running, golfing, and exploring Utah’s mountains.