The Wallace Stegner Center featured an all-star lineup of speakers for its Fall 2022 Green Bag Series, including current and former top-level officials from the Clinton, Obama, and Biden administrations. 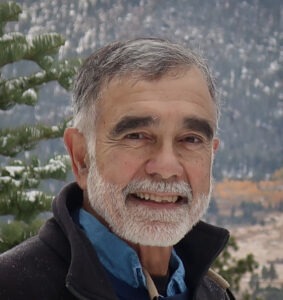 John D. Leshy joined the Stegner Center to deliver a lecture on America’s Public Lands—Looking Back, Looking Ahead. Professor Leshy is a Distinguished Professor Emeritus at the University of California, Hastings College of the Law in San Francisco and previously served as the Solicitor (General Counsel) of the Interior Department throughout the Clinton Administration. Earlier, he was counsel to the Chair of the Natural Resources Committee of the U.S. House of Representatives, a law professor at Arizona State University, Associate Solicitor of Interior for Energy and Resources in the Carter Administration, an attorney-advocate with the Natural Resources Defense Council (NRDC) in California, and a litigator in the U.S. Department of Justice Civil Rights Division. He headed the Interior Department transition team for Clinton-Gore in 1992 and was co-lead for Obama-Biden in 2008.

Professor Leshy’s presentation, which was based on his new book Our Common Ground: A History of America’s Public Lands, published in 2022 by Yale University Press, considered the  major political decisions that led to the U.S. government safeguarding (through the National Park Service, the U.S. Forest Service, the U.S. Fish & Wildlife Service, and the Bureau of Land Management) nearly one-third of the nation’s real estate primarily for conservation, recreation, education, and other broad public purposes. He also addressed how lessons from that history might be helpful in dealing with such contemporary challenges as climate change, biodiversity loss, and dramatic increases in visitation.

Jonathan (Jon) B. Jarvis joined the Stegner Center to deliver a presentation based on his new book National Parks Forever: Fifty Years of Fighting and a Case for Independence. Jon Jarvis was nominated by President Barack Obama and confirmed by the Senate as the 18th Director of the National Park Service (NPS), serving for the entire Obama administration from 2009 to 2017. During his tenure, he led the agency through its Centennial, adding 22 new parks including those that recognize the contributions of women and people of color, achieved its largest budget in history, addressed climate change, and raised over $400 million in philanthropic support. He served for 40 years with the National Park Service as ranger, biologist, and superintendent in national parks across the country. Retiring from the NPS in 2017, he became the Inaugural Executive Director of the Institute for Parks, People and Biodiversity at the University of California, Berkeley, and now serves as Chairman of the Board. He also serves as the Chairman of the Editorial Board for the Parks Stewardship Forum, an online publication for conservation practitioners and as a steering committee member of the California Biodiversity Network.

In his Stegner Center presentation—derived from his recent National Parks Forever book, which was co-authored with his brother Destry Jarvis, a long-time advocate for the national parks—Director Jarvis recounted their combined 90 years’ experience battling the politics that threaten to undermine the stewardship of what Wallace Stegner called “America’s Best Idea”. He presented a compelling case for their conclusion that the National Park Service must be re-established as an independent agency, akin to the Smithsonian.

Brenda Mallory, the 12th Chair of the Council on Environmental Quality, joined the Stegner Center to deliver a prerecorded presentation. Chair Mallory was confirmed by the United States Senate on April 14, 2021 and sworn in as the 12th Chair of the Council on Environmental Quality (CEQ). She is the first African American to serve in this position. As Chair, she advises the President on environmental and natural resources policies that improve, preserve, and protect public health and the environment for America’s communities. She is focused particularly on addressing the environmental justice and climate change challenges the nation faces while advancing opportunities for job growth and economic development.

Following Chair Mallory’s presentation, Sharmila Murthy, Senior Counsel at CEQ, delivered a presentation on CEQ’s Environmental Justice Initiatives. Murthy’s presentation was followed by a robust question-and-answer session between herself, Justin Pidot, General Counsel for the CEQ, and John Ruple, Senior Counsel for CEQ. John Ruple is a Law Professor at the S.J. Quinney College of Law and the head of the Law & Policy Program at the Wallace Stegner Center. He joined the Biden Administration this fall, but while he is on leave, he will remain on the College of Law faculty during his service.