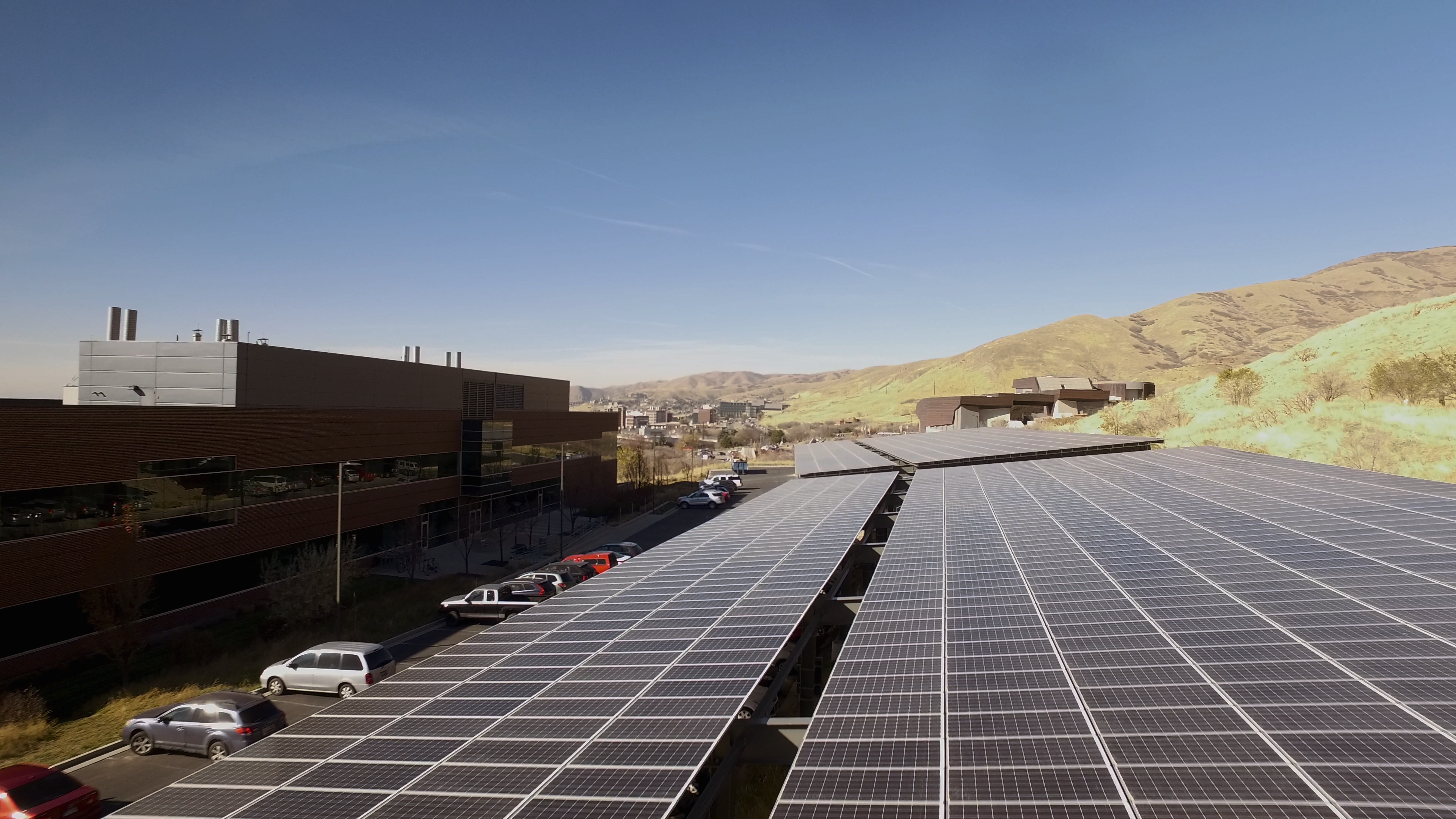 You probably know that sustainability is a core value of the University of Utah, but did you know that the U is making significant progress in reducing greenhouse gas emissions from university operations?

In April 2019, former U President Ruth V. Watkins signed the Presidents’ Climate Leadership Commitments and joined UC3 (University Climate Change Coalition), renewing the U’s commitment to carbon neutrality by 2050 and placing the institution on a path toward resilience and adaptation.

That same month, U students issued a resolution to the Academic Senate calling for a reaffirmation of the university’s commitment to achieving net-zero carbon emissions and, among other things, for the creation of a Presidential Task Force on Carbon Neutrality. The resolution passed with unanimous support and in mid-August, the Climate Commitment Task Force (CCTF) was formed. Today, the CCTF is on track to complete the U’s first climate resilience assessment this summer and then begin a process to update the 2010 Climate Action Plan.

While the CCTF is relatively new, multiple campus departments have worked for more than a decade to lessen the university’s climate impacts. Multiple efforts are underway that have kept the university on track to meet the 50% reduction in net greenhouse gas emissions called for in Strategy 2025.

Net greenhouse gas emissions from campus operations are approximately one-third lower now than they were in 2007 despite significant growth in building square footage and campus population.

There are four major components to this reduction:

Next year, the U will begin an updated climate action plan, which will reexamine the current 2050 target date for carbon neutrality, refine approaches for reducing emissions and identify steps toward increasing climate resilience. Additionally, the plan will define actions to expand carbon neutrality and resilience within curriculum and research.

“I am grateful for all the amazing work that has helped the university achieve these very meaningful reductions in our greenhouse gas emissions,” said Kerry Case, chief sustainability officer. “Moving forward, we must acknowledge that climate change has disproportionate impacts on marginalized people, so I am excited for the U to launch an equity-centered climate planning process that addresses our operations, curriculum, research and healthcare system.”

So, what is the U doing to address climate change?