By Michele Straube for EDRBlog.org 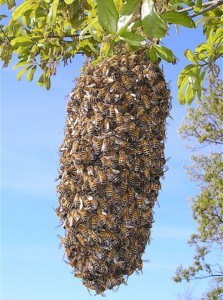 At times, a group of outraged stakeholders can feel like a swarm of bees. Initially, stakeholders are sweet as honey . . . until they hit you with the stinger.  That’s certainly not the kind of connection between bees and collaborative problem-solving I have in mind.  But surprisingly, bees have a style of communication specifically intended to identify commonality and move the group toward consensus.

I was reading about bees as part of an Introduction to a Linguistics class.  Our assignment was to explore whether their communication constitutes a “language” (spoiler alert:  it does not).  It struck me, though, that the bees’ communal decision-making process bore a strong resemblance to what I’ve witnessed as successful consensus-building for humans.

Bees communicate primarily about two different things: sources of food and new hive locations. In essence, bees perform a sophisticated “dance” to indicate location, distance from the existing hive, and quality of the food/new hive location.  The type of dance (round, sickle, tail-wagging) indicates distance from the hive.  Direction from the hive is shown by the angle of the bee’s back end while dancing relative to the sun.  Quality of the food or new potential hive is reflected by intensity of dancing (the number of repetitions). These three pieces of information allow the non-dancing bees to very accurately find the new food source or potential hive location.

When choosing a new hive location, several hundred scout bees go out and look for potential new places, and it is not unusual to have hundreds of possible options.  Each scout bee comes back and performs the dance described above.  The duration of the scout bee’s dance (lasting from 1 to 20 minutes) reflects that bee’s assessment of the quality of the new potential location.  The other scout bees go investigate their fellows’ new locations and come back to advocate (by length of their dance) for whichever they think is the best.  Over the course of a few hours (or sometimes a full day), the sites are winnowed down to the one which has a vast majority of the bees doing a long dance in its favor.  That is then the one selected as the new hive.  This video gives a good summary of bees’ “swarm intelligence.”

In short, we have a hundred or so scout bees coming together to reach a consensus of which new hive to select.  This is not unlike the collaborative groups I’ve worked with who need to make a decision about an environmental or natural resource challenge – restoration of degraded habitats, sustainable grazing management practices, priority action steps related to climate change.  (Thankfully my collaborative groups were generally not as large as the scout bee groups!) The successful bee and human consensus-based approaches have the following core steps in common:

Agreement on the issue of mutual concern:  The bees know exactly which decision they need to make.  There is no digression from the topic at hand, no existential angst about “why are we meeting?”  Similarly, collaborative groups who identify early on their purpose or focus have an easier time getting to a decision.

Development of multiple options (potential solutions):  Each scout bee brings back as many as a dozen different potential new hive locations for the group to investigate.  There is not one preferred solution which everyone is asked to react to.  Rather the fact-finding process described below helps inform what becomes the consensus preferred solution.

Discussion and additional fact-gathering as needed:  The scout bees go to personally investigate the potential locations described as “best” by a fellow scout; if they agree that the location is a good one, they will share their opinion through their own dance.  In this way, more and more scout bees provide information to the group, based on their own investigation and honest evaluation.  In ways, this is similar to the process of striving for consensus, in which no participant can simply say “no” to an idea.  Rather, all participants in a collaboration share the responsibility to suggest new potential solutions that they think meet all stakeholders’ needs.  In groups I’ve worked with, that has often involved everyone going out in the field to see and educate each other about on-the-ground conditions, or to do joint science to answer unresolved questions.

Honest evaluation of multiple options:  One of the reasons linguists feel that bees’ communication is not “language” is because bees cannot tell a lie.  A scout bee’s opinion about potential new hive locations is its honest assessment, and does not reflect any “spin” or intent to persuade.  While we cannot know what the criteria are that each bee uses to decide whether a given location deserves a 1 or 20-minute dance, scientists believe they only do the long dance for sites that actually meet their needs.  Some of the most creative problem-solving I have seen in collaborative groups is when multiple options have been honestly compared to jointly agreed-upon criteria.  The stakeholders often had to give up their pre-conceived notion of which solution would work best, and recognize that some other option (or multiple options) could meet their interests or needs (often better than their original pre-conceived solution).

Consensus evolves as information grows:  The group of several hundred scout bees is continually open to new information until a consensus begins to form.  It is a process, and they give the process time to work.

I’m not the only person to compare bees’ and humans’ collaborative processes, and to find some relevant teaching points.  A recent Atlantic Magazine article analogized a variety of animal decision-making processes (including bees) to various types of political decision-making (from autocracy to democracy). It concluded that “group decisions need not come easy – in fact, clashing perspectives may lead to superior outcomes,” and quoted a bee researcher as “not[ing] that bees make wiser decisions when they ‘have different backgrounds, bodies of knowledge, and experiences.’”  This is the fundamental premise of why collaborative problem-solving works.

On one level, the similarities between bee and human decision-making are interesting, an intriguing anecdote.  On a deeper level, though, we can imagine that the bees’ process of gathering, sharing, and confirming relevant and conflicting information as the basis for developing a consensus is a process that has evolved over time because it works.  We humans can learn from bees that differences of opinion are the beginning of a conversation.  Learning more about the facts supporting those different opinions, and honestly evaluating the facts individually and as a group – that’s the collaborative problem-solving process in action. 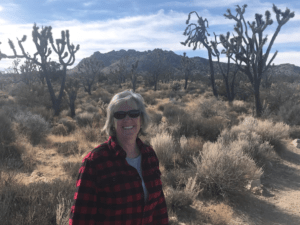 Michele Straube is the founding director of the EDR Program.  She is having no problem filling her time since retiring in September 2018.  She learned about the “language” of bees in her first readings for the Teaching English as a Second Language certificate program at the University of Utah.