Anyone who has ever attended a water law conference has almost certainly heard the phrase: “Whiskey is for drinking, water is for fighting over.” The phrase is often attributed to Mark Twain and is usually accompanied by a picture of two men preparing to do battle with shovels over an irrigation ditch.

Although it’s unlikely Twain actually said these words, there is, sadly, documented violence over water in Utah and elsewhere in the arid West.

Notwithstanding the potential for conflict, Utah law has been relatively silent on the application of mediation to water issues. That changed during the 2015 General Session when the Legislature passed H.B. 43, which went into effect on May 12, 2015. The bill made changes to the Utah Code, including the addition of new language allowing courts to refer certain water disputes to mediation, namely disputes regarding changes in water company shares pursuant to Section 73-3-3.5.

H.B. 43’s focus on shareholder disputes is a good place to start. Water shares are not water rights and shareholders seeking to change how their shares are used must do so according to their company’s rules and regulations. (My colleague Jeff Gittins has a great post on his blog, Utah Water Law and Water Rights, describing the difference between water shares and water rights.) Most of these rules require a water company’s consent before shareholders can change how their shares are used. Moreover, the ability of shareholders to challenge company rules or decisions regarding proposed changes in their shares has generally been limited. This, obviously, creates a significant potential for conflict, partly because shareholders will often have a continuing relationship with the company and other shareholders long after a dispute is over.

H.B. 43 seeks to strike a balance between shareholder and company interests by establishing more robust consultation requirements between shareholders and water companies and by establishing specific grounds upon which a shareholder can file an action to obtain judicial review if a company does not agree with a proposed change. To help resolve actions that are filed, H.B. 43 provides that courts “shall refer [such actions] to mediation…unless one or both parties decline mediation.” It also provides that courts “may award costs and reasonable attorney’s fees” to the winning party if mediation does not occur because the other party declined to participate in mediation.

While this mediation language is a positive step for mediation, H.B. 43 does raise some questions. First, from a practical standpoint, it is not entirely clear who will perform the mediations and what ADR procedures will govern those mediations. The Utah Court’s ADR Program’s roster of qualified mediators provides on possible source of both mediators and procedures. Very few of these mediators, however, have water law experience and the Program does not have approved procedures that are specific to water or general environmental law disputes. Conversely, parties may seek out a mediator who is not on the ADR Program’s roster, such as a water law attorney or other water professional. These professionals, however, don’t always have mediation training. In addition, because Utah’s water community is relatively small, finding someone who has the right skill set and doesn’t have a conflict of interest could be a significant challenge.

Second, it’s uncertain how often courts will actually be able to order mediation under H.B. 43 because the law does not require mediation unless one or both parties agree. While H.B. 43 uses the threat of attorney’s fees to incentivize parties to choose litigation, courts are generally reluctant to award such fees, so it’s uncertain whether this threat will be a sufficient incentive by itself. 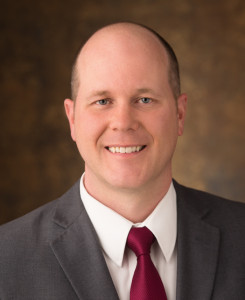 That being said, water mediations have been taking place long before H.B. 43. The bill doesn’t make these mediations possible but it does provide another reason for them to occur. This may be wishful thinking, but if H.B. 43 increases the successful mediation of shareholder disputes, it could also incentivize the use of mediation in other water disputes. This, in turn, could drive demand for more water mediators and other related resources, all of which would make it easier to resolve water conflicts through mediation. Thus, while H.B. 43 may be a small step, it’s an important one.

Nathan Bracken is of counsel at Smith Hartvigsen, PLLC, where he practices as an attorney and mediator focusing on water and policy issues. Prior to joining Smith Hartvigsen in 2015, he was the Assistant Director and General Counsel of the Western States Water Council, where he represented state water managers from Utah and 17 other western states and facilitated number of multi-stakeholder efforts to develop consensus policies to address western water challenges involving water rights and water quality.